New York City FC today announced that the Club has acquired forward Talles Magno as a Young Designated Player from Brazilian side Vasco da Gama on a contract through the 2026 season.

Magno, a 2019 U-17 World Cup winner for Brazil, was recently named one of Goal's Top 50 wonderkids in world football. He will be added to the MLS roster upon receipt of a P-1 visa and ITC.

Magno said: "I'm very happy to be joining New York City FC and I am committed, dedicated and ready to work. This is a big Club near the top of the table and that convinced me to come here. We are going to work together to accomplish big things.

"I want to show my talent to the Club and this league. It's a league that is very well spoken of in Brazil. I want to give my best to the Club, to score many goals, give many assists to help my teammates and to be champion of the league. I ask the supporters to trust in me and trust what I can give NYCFC. I will give my best effort and fight for the team."

The Rio de Janeiro native came through the Vasco da Gama academy before starting for their First Team in 2019 as a 16-year-old, becoming the youngest player to debut for the club in the 21st century. The forward has played 61 total matches for Vasco including 49 in the Brazilian topflight where he's scored five goals.

NYCFC Sporting Director, David Lee, said: "We're delighted to bring Talles to New York City FC. He is a talented young player who has already amassed a significant amount of First Team minutes at a high level for someone his age and someone we believe has the potential to play at the highest levels of football. He was a key part of the Brazil U-17 team who went on to win the U-17 World Cup.

"He is a dynamic attacker who is quick, direct and capable of playing as a winger or forward. Talles is someone we believe will excite our fans, but as with any new player, particularly someone his age, we will be patient as he adapts and settles into his new environment on and off the pitch. We have an excellent staff that will support him through this process every step of the way which will give him the best opportunity to showcase his talent.

"We take pride in developing young players to help them reach their fullest potential and Major League Soccer has proven to be a prime location for them to continue their development as professionals. We know that Talles is ready to push forward toward our ultimate goals of winning trophies.

"I would like to also thank my counterparts at Vasco da Gama, Alexandre Passaro and Luiz Mello, for their professionalism throughout this process. We wish them the best of luck for their upcoming season as they seek to gain promotion back to the Brasileirão."

A product of the Vasco da Gama academy, which has produced players like Philippe Coutinho (FC Barcelona) and Douglas Luiz (Aston Villa) in recent years, Magno helped the Brazilian U-17 national team win the 2019 World Cup on home soil where he added two goals during the group stage. The 18-year-old becomes the third Brazilian on NYCFC's roster which also boasts Heber and Thiago Andrade.

NYCFC Head Coach, Ronny Deila, said: "We're really excited to sign Talles and are ready to welcome him into our dressing room. It has been really important for us to continue to add attacking talent to our roster, and Talles will be a great addition to our group of forwards. He has a lot of potential and we're prepared to help him continue his growth as a footballer, but he is still only 18 years old. We do not want to put too much pressure on his shoulders right away. There is a great group of players and staff here at NYCFC that will allow him to settle into life in New York and we know he's a player that can come in and help us win football matches."

Everyone at the Club welcomes Talles to NYCFC. 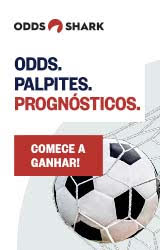 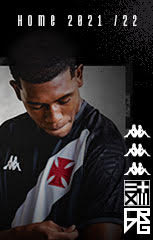